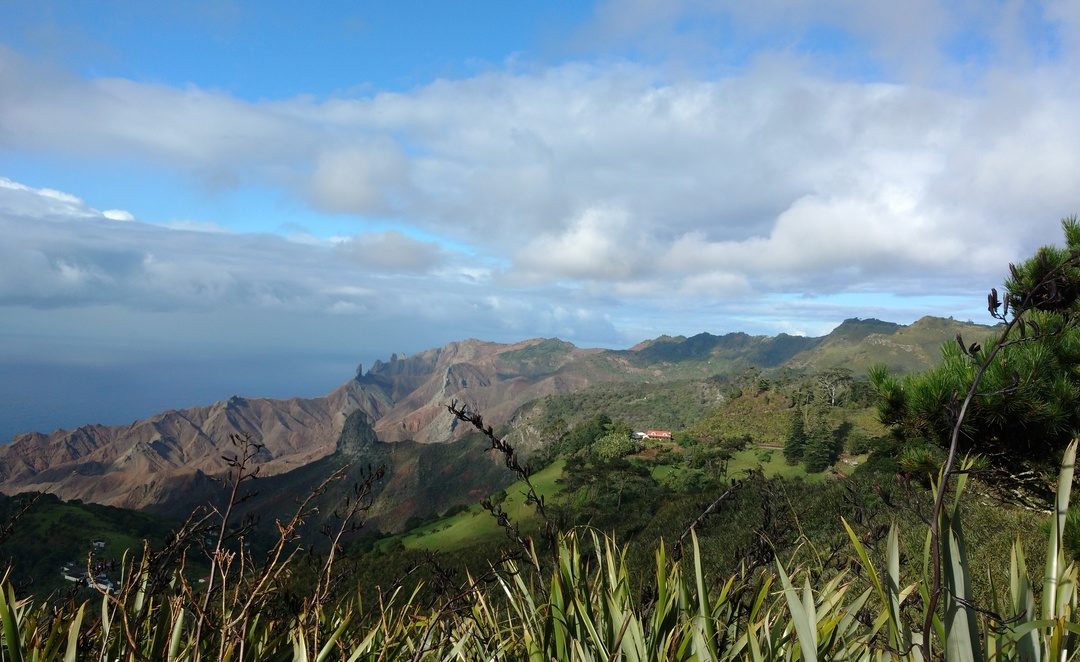 Wednesday, October 4, 1820 went down in history as the day of Napoleon’s last ride.
Leaving in the direction of Sandy Bay, the Emperor feeling watched through binoculars, he decided to cross the post of Hutt’s Gate, followed by Bertrand and Montholon. He took the road carved in the rock which leads, by many laces, towards the green setting of Fairy Land, on which reigns Sir William Doveton. Giant ferns line the flanks of Diana’s Peak, cabbage trees line the path, brightened by the red and yellow tones of cannas and gingerbread. At Rock Rose, the romantic landscape of white and pink camellias suddenly spreads out over the blue of the ocean.
When Montholon reached the barrier of Mount Pleasant, he informed Sir William of the Emperor’s arrival and requested permission to cross his fields. He was awaited with curiosity. “I went into the house,” wrote Doveton to Lowe, “With the aid of my spyglass I had seen that it was the state prisoners of Longwood, and I had returned to inform my daughter, Mrs Greentree, who was looking after the children, that we were going to have a visit from Bonaparte.”
The horsemen soon set foot on land and Napoleon, entering the living room, took a seat on a couch and invited Mrs Greentree to sit beside him, to compliment her on her children’s looks and to tease her about her husband’s intemperance. Lunch was served on the lawn, under the oaks and in the grand setting of Sandy Bay: to the left the barrier of peaks, in the center the chimneys of volcanoes, to the right the endless ocean and, here and there, the bright touches of tropical flowers. The Emperor’s servants served champagne and Sir William offered a homemade liqueur, a kind of fermented fruit twist… The menu seemed sumptuous to the islanders, but not at all in the English taste, “a cold pie, potted meat, cold turkey, curried fowl, ham or pork,” Napoleon struck the chief of the Militia (Doveton had kept this high “rank”) by his stoutness: “He looked as fat and as round as a China pig.” – This comparison, the fool thought, would be well made to amuse Sir Hudson.

The conversation had enlivened Napoleon, but it was with great difficulty that he rode his horse after taking leave of his guests. At Hutt’s Gate, he settled in his carriage and let himself be driven, without a word, to the Longwood porch. Exhausted and complaining of headaches, he went to bed.
This would be Napoleon’s last ride on horseback.