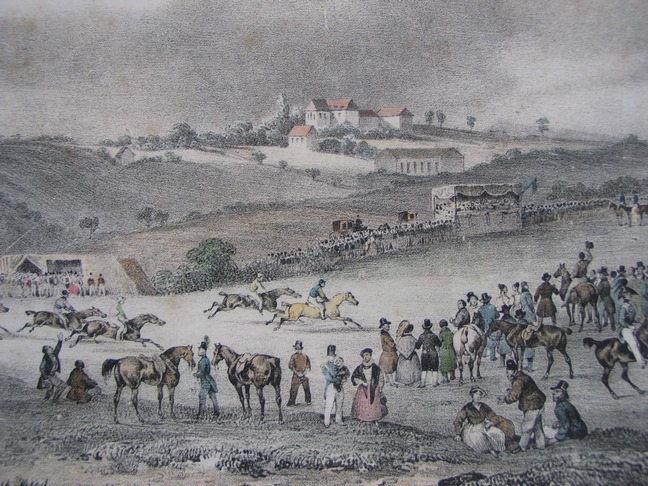 On Wednesday, September 20, 1820, with his telescope, Napoleon watched from the parlor of Longwood House, the racetrack of Deadwood.
Leicester Stanhope – he is the one that all the admirers of Lord Byron’s work know very well – on his way back from India to Great Britain on board the “General Palmer”, made a stopover for a few days on St. Helena from 15 September 1820.
He did not see Napoleon. However, on 20 September he went to the horse races at Deadwood where he met Montchenu and Montholon separately. To the latter, he offered to send some Arabian horses out of admiration – and respect – for Napoleon.
Bicentenary year Napoleon