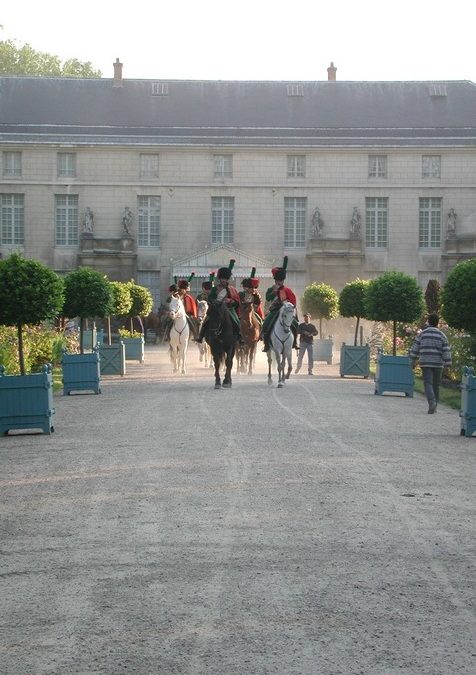 On Tuesday 22 August 1820, Napoleon, in seemingly good health, strolled through his gardens and spent a few minutes gazing at the south-eastern horizon from his Chinese pavilion.
During this day, the Emperor learns the news of the sale of Josephine’s paintings to the Tsar by his son-in-law, Prince Eugene. His servant, Ali will remember it a few years later: “When the Emperor heard that Prince Eugene had placed the Malmaison’s painting collection for sale, he was disappointed. “Is it possible that Eugene , my adopted son, should dirty himself by making money out of the precious things which this chateau holds? Have I not made him rich enough to get along without performing such a piece of meanness? Wretched greed! Should all those beautiful things, which for the most part were acquired at the cost of French blood, have such a fate? It would have been dignified, it would have been noble of Eugene to present them to France, and the Paris Museum would have been indemnified ia a small measure for the losses of 1815. From this action the world would have recognized a French heart, and one of my family. There is nothing left for him now but to sell Malmaison. This dwelling ought to be sacred and dear to him for more than one reason ; he ought to transmit it to his descendants. But no! it seems as though those who belong to me and those who surrounded me have conspired together to sink to the lowest dregs. One would say that they deliberately undertake to show themselves incapable of lofty sentiments. O man! Shall you always be so mad?”
It is worth noting here that Eugene did not really have the intention to sell Malmaison and at most to rent this expensive and unproductive property that he could not occupy as he was then confined to Bavaria. He brought a lot of furniture and souvenirs for his palace in Munich, and then proceeded indeed to numerous sales to pay off his mother’s 3 million debts, the most famous being the one concerning the paintings in the gallery to Tsar Alexander.
Malmaison was not sold until 1828, four years after Eugene’s death, by his widow, Augustus of Bavaria. (see Bernard Chevallier’s thesis on Malmaison – p. 184-187).