The Briars situation on the island

The Briars residence is situated in a lush green valley, surrounded by wild roses and briar bushes, its beauty amplified by the aptly named ‘Heart Shaped Waterfall’.

The name ‘The Briars’ has evolved over time. In 1678, the estate was called ‘Parsley Bed Hill’. The estate was unproductive and was sold in 1739 for the meagre sum of £94 by the East India Company. The new owner then baptised the new property ‘The Bryers’ due to all the sweet briar that grew wild throughout the valley. The spelling changed to ‘briers’, then eventually ‘briars’. In 1811, William Balcombe became the owner of The Briars and established a brewery there with his associates. He lived in Briars House with his family.

The Briars, after the return of Napoleon’s remains, 1851 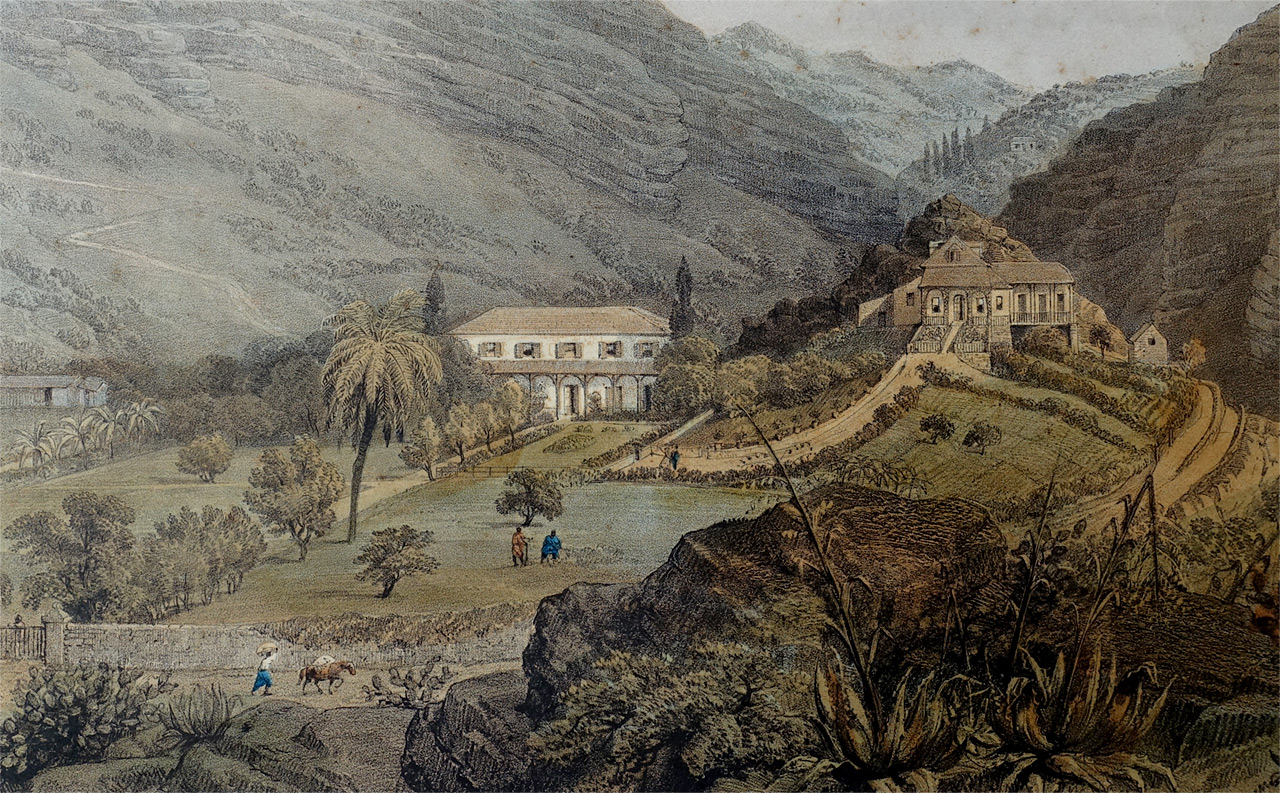 Balcombe claimed to be of royal lineage, yet he had simply been educated at the Crown’s expense like all children of sailors who died at sea. He very soon became a key figure in local society. He was involved in anything that might make money: purveyor and financial officer for the East India Company, supply officer in the Royal Navy and auctioneer. He also opened a shipbroking office.

To accommodate the officers he needed to look after as part of this business, he had a cottage built atop a hill twenty metres to the west of his house in the style of the follies of the late 18th century. The small single-roomed pavilion with garret and surrounding terrace could also be used as a ballroom if necessary. To do this, a tent just needed to be attached over the small square of lawn in front of the entrance to the north.

For company, Napoleon had the Balcombe family and its four children, including the cheeky little Elisabeth, better known as Betsy. 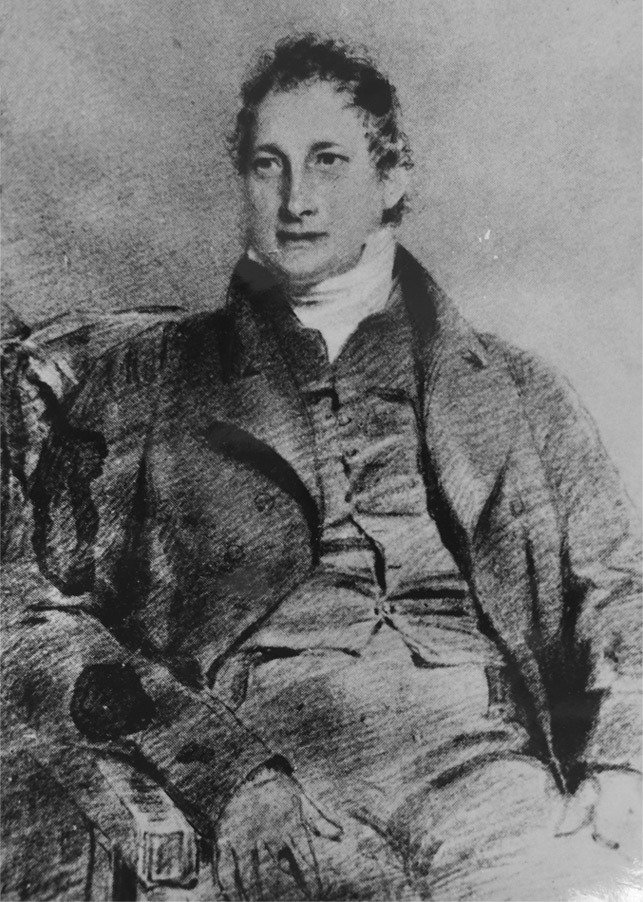 Napoleon and The Briars

Napoleon lived here from 18 October 1815 to 10 December 1815 before moving into the Longwood residence, which was not yet ready to receive him, as numerous alterations needed to be made. Napoleon fell under the charm of valley of The Briars. Tired from his two-month sea voyage, he settled for the pavilion to which a tent could be attached for balls and divided into two rooms.
Napoleon would experience the most modest of his imperial palaces: a single room on ground level and an attic. He used this ground-floor room as a bedroom, dining room and study. The furniture that made up Napoleon’s daily life was a simple table and chest of drawers, as well as the few items sent from Paris: a camp bed and the portrait of his son, the king of Rome.
‘They want to know what I desire: I request my freedom or an executioner.’
Napoleon Bonaparte
As the pavilion did not have a bathroom, Napoleon used a splendid athenienne (three-legged washstand) made from yew, gilt bronze and silver, which is now held at the Louvre. On top of the chest of drawers borrowed from the Balcombes, he placed a large vermeil nécessaire (travel kit), whose 114 items lit up the modest premises. It was used as a dining table, dressing table and writing table. Considered by Napoleon himself to be one of his most precious mementos, this nécessaire accompanied him in all his campaigns. The Briars was thus a blend of this extreme luxury and the great simplicity that characterised his captivity. 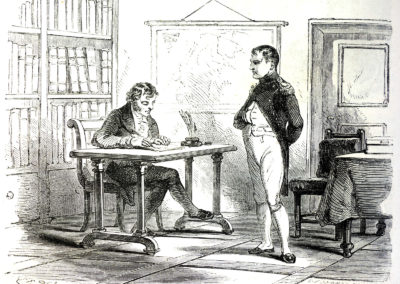 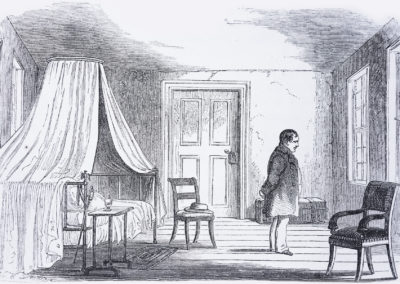 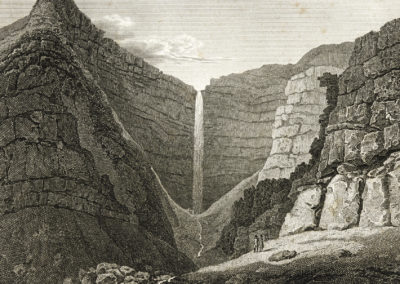 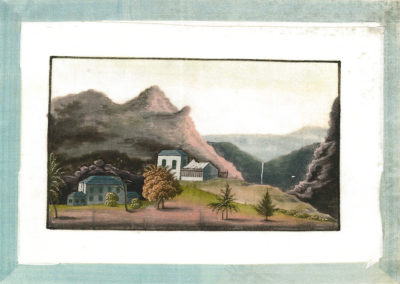 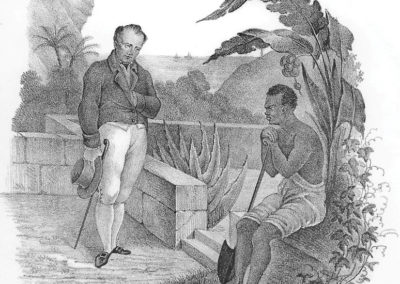 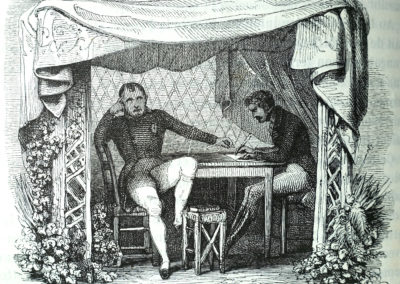 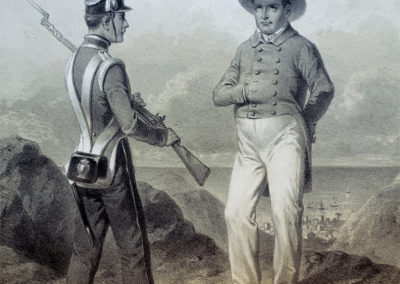 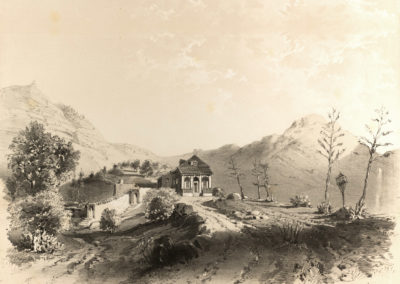 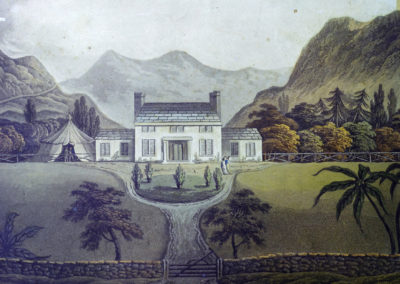 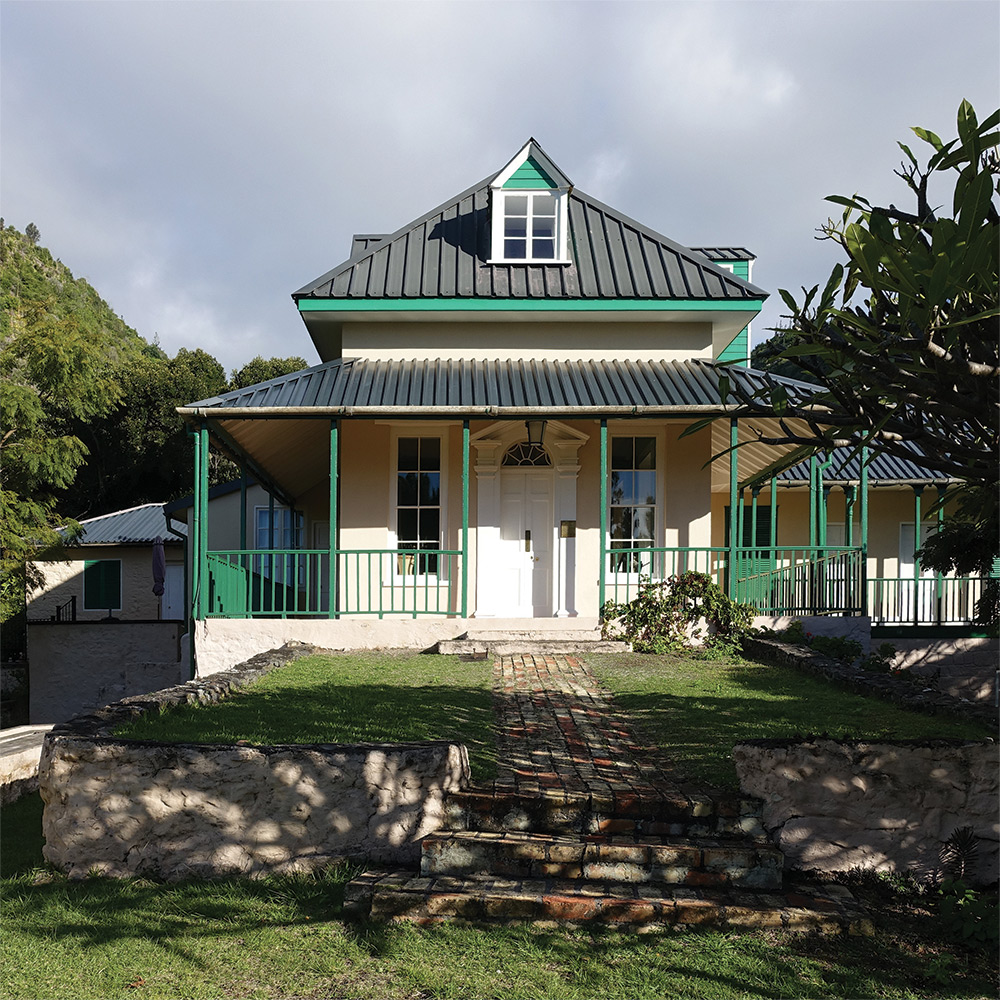 The main house was demolished in 1947 by the company Cable & Wireless, which owned it. This two-storey mansion was located on the site of the current car park. Only a few bricks remain, which had been used to build stairs leading up to the pavilion. Unfortunately, without maintenance, the pavilion soon became uninhabitable.
Cable & Wireless decided to have it destroyed. On learning of this decision, Dame Mabel Brookes – a descendant of Betsy Balcombe – decided to buy the property and give it to France, which accepted her donation in 1959.

Today, only the pavilion that was occupied by the emperor is open to the public. In 2008, the governor decided to agree to the request of the current curator, Michel Dancoisne-Martineau, donating the land surrounding pavilion at The Briars to France. This donation to France complements the other donation – made privately two years earlier to the National Trust – of the valley leading to the foot of the ‘Heart Shaped Waterfall’.

The Briars episode is an interlude in Napoleon’s life in which nothing happened, and where everything was an excuse for relaxation.